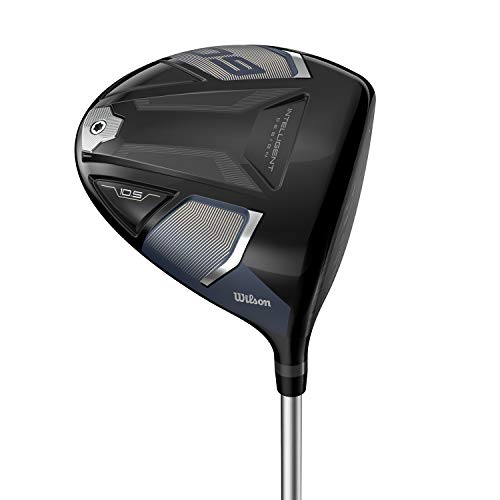 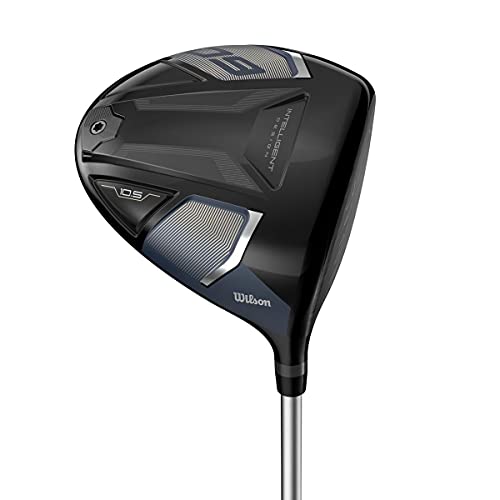 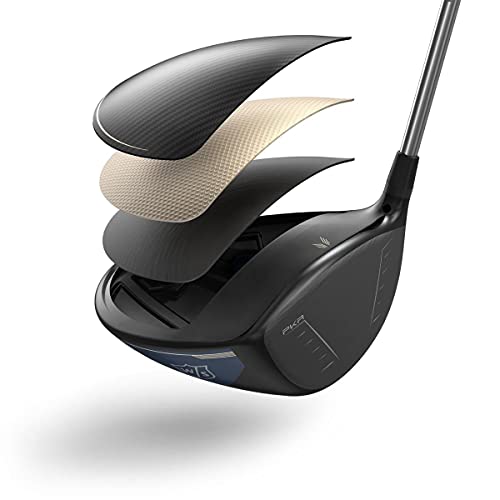 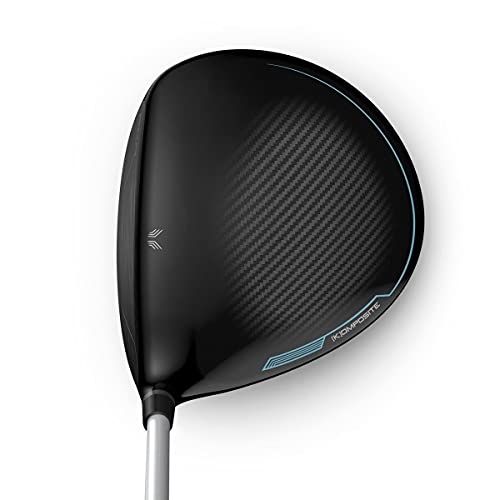 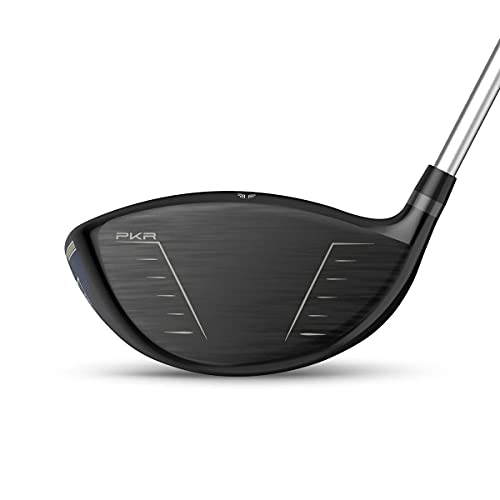 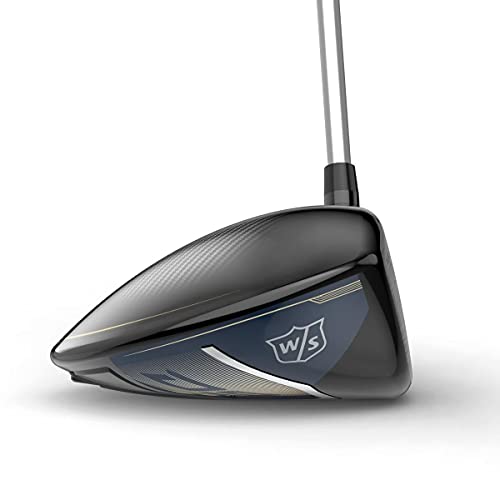 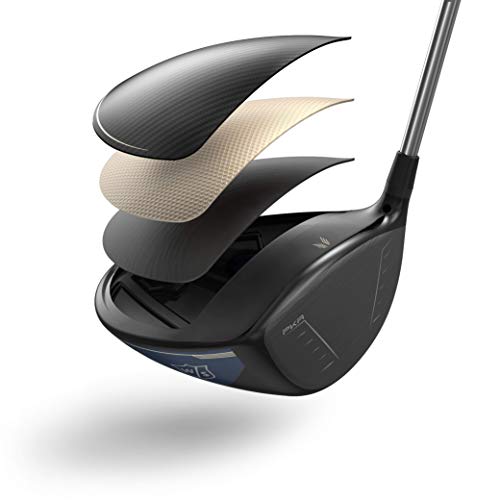 Wilson is rapidly becoming very competitive among the leaders of the golf manufacturing hierarchy. Social golfers have made wild claims about Wilson drivers and give them a bad rep due to the company’s diverse cross-sport background.

Yet, did you know that some of the best players to ever grace the fairways used Wilson golf clubs? Look no further than the king Arnold Palmer or the greatest golf swinger of all-time Sam Snead.

Wilson is a dominant manufacturer in the tennis and basketball world and that shouldn’t put you off purchasing their golf equipment, if anything, it should be a reason to purchase it! The Wilson R&D team is one of the best in golf and that has been proven over the recent decade by the quality of equipment they have brought out.

Gary Woodland in 2019 won the US Open at Pebble Beach using Wilson Staff clubs, including an older model of the Wilson D9 Driver and Fairway Wood.

Let’s take a look at the technology in the new Wilson D9 Driver and see how it can help improve your game!

New technology integrated into golf equipment is rapidly becoming the expected ‘norm’ for both tour players and local weekend golfers.

Due to the competitive nature of the golf club industry, if you’re not continually improving your clubs and injecting them with the latest distance gaining bit of tech, you’re gonna fall behind the competition.

Here’s how Wilson has developed their previous driver models to improve the 2021 Wilson D9 Driver.

The first new feature of the Wilson D9 driver is the increased head size. An increase in head shape and size provides golfers with more forgiveness and feel. Despite the size of the driver only increasing by a few millimeters, its larger surface has allowed Wilson to increase the sweet spot of the club.

Wilson divided the face of their D9 driver into a series of zones known as fractal zones which help increase the ball speeds on off-center hits. The PKR face essentially neutralized misstruck shots and made better-stuck shots more optimized for increased ball speeds.

If you’re not a professional golfer, mishits happen frequently, in fact, they happen multiple times during a round of golf. Therefore, having a club that is more optimized to perform when hit badly is the first major selling point of the Wilson D9 Driver.

Wilson’s next bit of innovation is the three-layer ‘[K]omposite crown’.

The Kevlar® three-layer composite crown was how Wilson was able to dampen vibrations, improve the acoustics and increase the feel of their new D9 driver. Utilizing computer modeling software enabled Wilson to produce and test multiple composite prototypes in order to find the build most optimal for ball speed.

Furthermore, the driver is incredibly lightweight due to the mid-composite layer being made up of carbon fiber. Having a lightweight driver is important as it helps lower the center of gravity on the driver’s face, also known as COG.

A lower COG helps golfers with a slow ball speed hit the ball higher and further. The benefit of a low center of gravity is essentially a driver with a more neutral ball flight and a driver which hits a golf ball further without the player having to change how they swing the club or increasing swing speeds.

The stock grip on the D9 driver is the Lamkin crossline genesis. Lamkin is a world-renowned golf club grip manufacturer, trusted by millions of golfers around the world. Lamkin grips are very reliable in all weather conditions including sweaty sunny days or wet and cold winter mornings.

The Lamkin crossline grip is made up of firmer material to reduce torsion, leaving golfers with a grip providing excellent control and consistency.

The shaft is available in 50g, 60g, or 70g and in X-flex, Stiff-flex, and regular-flex, making it suitable for anyone and everyone who plays the game we all love.

Which Professionals use the Wilson Staff D9 Driver?

The club is one of the most popular drivers to use on tour by staff professionals. The forgiveness and feel of the club are up there with the best drivers in the game. Any tour pro review on the driver has been positive and that’s backed up by the number of pros who sport the D9 driver.

With regards to which professionals game the D9 driver, look no further than the 2019 US Open winner: Gary Woodland.

Other tour pros include:

Are the D9 Driver and Fairway Wood a Good Combination?

With regards to performance, both of the clubs are as good as they get. Among competitor company drivers, the Wilson D9 driver holds its own while being at a price point slightly more affordable compared to other companies like Taylormade or Callaway.

Your ball speed will be at numbers you’ve never experienced before! A combo of the Wilson staff D9 driver and the Wilson F9 Fairway Wood will put you in a good position to play your best golf.

Will the Wilson staff D9 Driver Increase my Swing Speed?

Any review I’ve read speaks so highly of the technology integrated into the Wilson D9 range. The driver has enough technology built within it to help you hit the ball further without having to change much about the way you swing the golf club!

There’s a reason the driver is used by all the Wilson tour professionals and it’s not just because it looks pretty!

Are There any Club Head Variations Available?

Where other companies release driver heads with ball flight bias characteristics, the Wilson Staff D9 comes in only one head variation.

The performance of the driver, however, is as elite as they come and will serve any golfer who wishes to improve their game and become a better golfer in the long run well.

How Do you Hit the Golf Drives Further?

Any golf brand will advertise distance and high-performance characteristics when describing their products and rightly so as they are all jacketed up full of technology to help golfers hit drivers greater distances.

However, there’s only so much an equipment manufacturer can do to fix an unoptimized golf swing. If you have a poor launch angle, you should look into improving your attack angle on the golf ball.

Traditionally the best drivers of the golf ball have high launch angles (thanks to their positive attack angles). If you want to hit the ball further, swing harder and hit the ball ‘on the up’.

In conclusion, the Wilson D9 Driver is one of the best drivers the company has ever produced.

The positive feedback from the tour is reinforced by the number of players who have chosen to add this club straight into their bags.

The bigger driver face and increased sweet spot, combined with the lower center of gravity has increased the performance of the driver to new heights for Wilson.