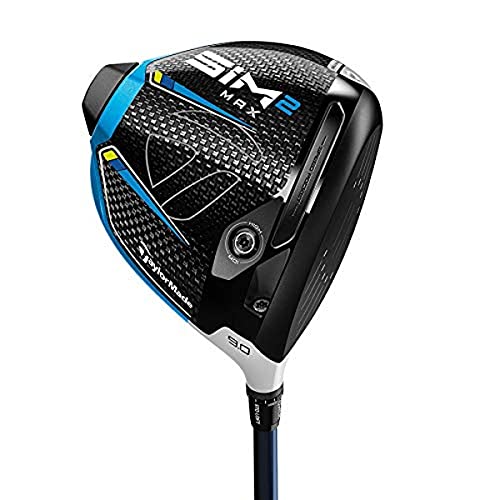 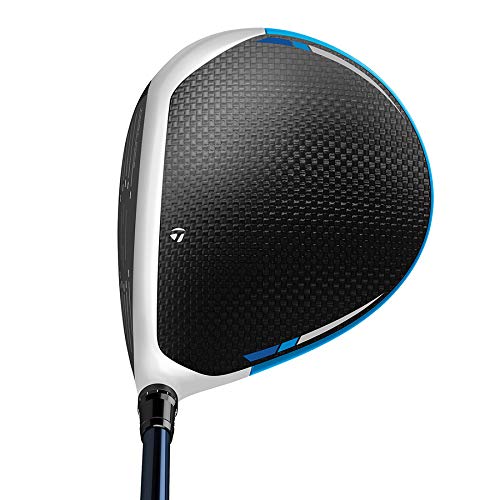 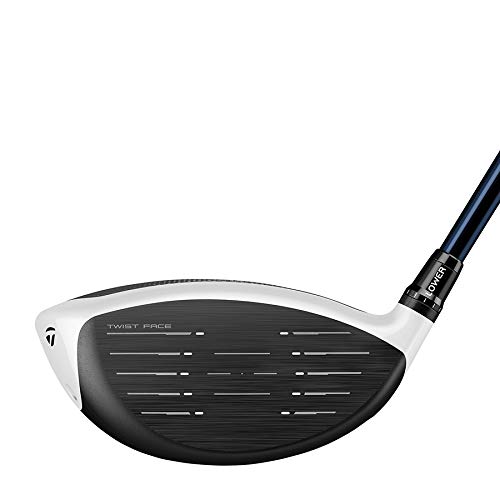 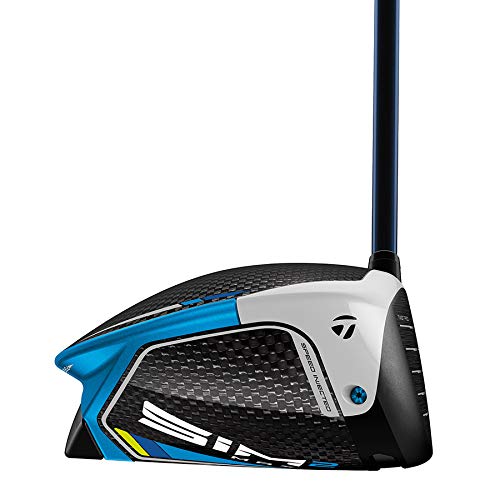 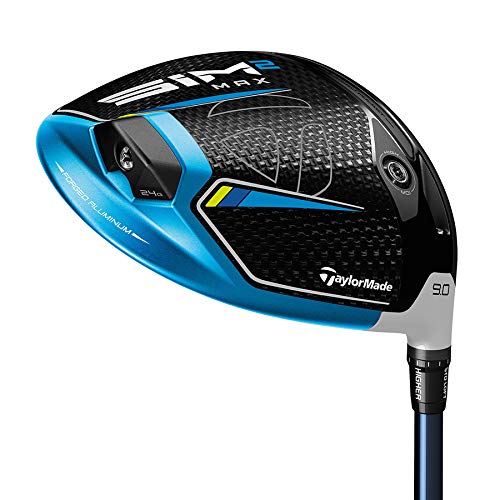 When I think of leading driver manufacturers on the PGA Tour, it’s safe to say TaylorMade is one of the first companies that spring to mind.

It’s often difficult to believe all the stuff you read online and all that these marketing companies throw in your face and it’s easy to question the accuracy of it all. Yet, in fairness, the stats don’t lie.

Professional golfers are hitting it longer and straighter than ever before.

Whereas now, it’s not uncommon to see half the field carry their driver 300 yards and have swing speeds well over 120mph. How much of this is to do with golfers getting bigger, faster, and stronger versus technology in the equipment just getting better?

Now, the first thing you’re probably thinking is what makes the TaylorMade SIM2 Max Driver any different from the previous SIM Max Driver? So I thought I’d break it down for you.

TaylorMade has completely reconstructed their previous SIM driver. The shape has been redesigned and rebuilt from the ground up to improve the two most important variables: distance and forgiveness.

Crafted from very lightweight aluminum, TaylorMade claims their secret behind the increased power and forgiveness in the SIM2 Max, is its forged ring construction.

The precision-milled aluminum forged ring helps unite the components of the driver and make it one big singular force. Ultimately leading to longer and more powerful drives.

The TaylorMade SIM2 max has a much higher launch and MOI (moment of inertia).

If you are unsure of MOI and what it is, think of it as the amount of resistance to twisting the driver has on off-center hits. Essentially, the more resistance a club has the more forgiving it will be. TaylorMade achieved this by placing a heavy 24g tungsten weight on the inertia generator.

The TaylorMade SIM2 Max Driver also has a TPS Front Weight, located on the sole of the club, which helps the driver optimize its launch and spin conditions. The more optimized the conditions, the further the ball will travel without having to change your swing.

Starting to understand why maybe PGA Tour Pros are hitting it further yet?

The SIM2 Max has been redesigned into a more aerodynamic shape. The SIM2 Max continues on the previous SIM models ‘Shape In Motion’ technology but this year TaylorMade has introduced an ‘Inertia Generator’.

Built-up of a milled 9-layer carbon sole, the inertia generator is angled to improve the aerodynamics at the most critical part of the swing. As a consequence of this, many golfers have seen much faster clubhead speeds.

Moving on to the ‘Face of Speed’, TaylorMade claim this is the fastest face they’ve ever managed to build on a driver. The Taylormade SIM2 Driver is now at the threshold of the maximum legal limit.

Not forgetting TaylorMade’s iconic ‘Twist Face’ technology, which helps off-center hits find more fairways thanks to the way the twist-face is designed.

Still not satisfied with the differences between the SIM2 and the SIM2 Max? Let’s now take a look into the new technology built within the head of the new TaylorMade SIM2 drivers.

The TaylorMade SIM2 Driver has a lightweight and high-strength aluminum ring built within the head of the club.

The forged ring combined all aspects of the driver together and makes them behave together as one singular component. The 24g rear weight, carbon sole, crown, and milled twist face are all joined together by the new Forged Ring Technology.

Resulting in even more forgiveness than previous TaylorMade SIM2 drivers.

The next bit of tech in TaylorMade SIM2 drivers is the SIM Inertia Generator.

As mentioned before, inertia is a club’s ability to retain shape through impact and not torque or twist. The generator is designed to generate more inertia in the club for faster clubhead speeds while also enhancing the forgiveness of the club

Not to be mistaken with previous TaylorMade SIM2 drivers, this year’s SIM2 max’s twist face is Speed Injected.

There’s not much to say about the thru-slot speed pocket other than it’s a small design, engineered to maximize ball speed and produce more forgiveness across the SIM2 max driver face.

Split mass weighting is how TaylorMade has redistributed the weight across the driver. With 24g in the rear inertia generator, 16g of steel at the rear, and TPS weights on the sole of the driver. All aiding in improving forgiveness, optimizing spin, and increasing distance.

The specs of the TaylorMade SIM2 Max are as follows:

The stock grip in all TaylorMade SIM2 Drivers is the Z600 TaylorMade grip. It is available in a Black/Grey colorway and is round in design and weighs 47g.

Out of the two SIM2 driver shafts, the Fujikura Ventus Blue is much lighter and has a much higher launch. If you have a clubhead speed of less than 105 mph this driver shaft will suit your swing. It is available in Stiff and Regular.

The Kuro Kage Silver shaft is a much lower spinning and launching driver shaft. The shaft is much better suited to faster club head speeds as it has a much higher torque resistance. If you swing the club in excess of 110 mph then this shaft will suit your swing

The list of Notable TaylorMade Tour Pros are as follows:

What’s the Difference Between SIM2 and SIM2 Max Driver?

The head size is the key difference between the drivers. The Max has a larger head and is better suited for off-center hits. The SIM2 is more compact and smaller which some golfers feel more comfortable using. It can be difficult to consistently hit the center of the club face when the face of the driver is too big.

However, the difference between the SIM2 Driver and the SIM2 Max D driver is far more contrasting. The Max D driver has a slight offset and draw bias. The Max D is set to a slightly closed position which helps golfers who miss the fairways right have better control of the ball.

The main cause of a slice is an open clubface, therefore, having a driver which is set closed will help any golfers struggling with the famous big right miss.

Is the SIM2 Max a Good Driver?

The TaylorMade SIM2 Max is an elite piece of equipment. The driver is one of the most popular clubs among the PGA Tour and even pros who are sponsored by other manufacturers have been seen to swap in a TaylorMade driver as their primary club choice.

When buying a new driver it’s important to understand that you’re getting what you pay for. TaylorMade SIM2 drivers might be on the higher end of the price bracket, however, there’s a reason for it. The club is the creme de la creme.

There’s a reason why TaylorMade SIM2 drivers are the most popular drivers on tour and not a cheap club manufacturer you’ve never heard of. If you’re looking to buy a new driver, it’s important to invest in something long-term and not something which could break after a short period.

What Pros use the SIM Max Driver?

The list of Notable TaylorMade Tour Pros is honestly endless, there isn’t enough time in the day or space in this article to list the amount of elite Tour Pros nor Elite Amateurs who play TaylorMade as the amount is vast. However, here is a list of the most notable players in the top 20 World Golf Rankings:

Is the TaylorMade SIM Worth It?

When it comes to performance, you won’t find a brand that does anything ‘better’.

You can find drivers from other manufactures which perform similarly to the TaylorMade SIM drivers, however, nothing is further out in front of the TaylorMade SIM2 series in terms of technology, forgiveness, or distance.

Anything TaylorMade, from a wedge to a set of irons, will be elite in the field of golf equipment and ‘worth it’.

What’s the Main Difference Between the SIN2 Drivers and Other Club Manufacturers?

There are many driver manufacturers you can try to compare the SIM2 Max Driver to. However, the likelihood of finding a driver which outperforms the SIM2 is slim to none.

The main difference which sets the SIM2 apart from other club manufacturers is its patented technology under the hood of the club and in the head of the SIM2 Driver.

So the main difference between the SIM2 drivers and other club manufacturers is the:

Let’s summarize this TaylorMade SIM2 Driver review. Every year new equipment comes out and it’s difficult to know whether or not it’s worth investing in or not, but the driver is fantastic, very advanced, and filled with technology to help golfers hit the ball further.

It’s often difficult to keep up and know when to update your equipment but one thing is for sure, if you are gaming the same driver since 2015-16 then you are desperately going to benefit from a new TaylorMade SIM2 Driver.

As the advancements in technology made over the past half a decade have been monumental, look no further than the PGA Tour driver distance stats if you are still unsure.