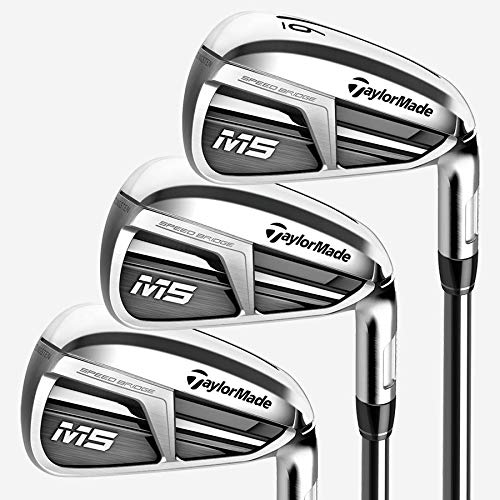 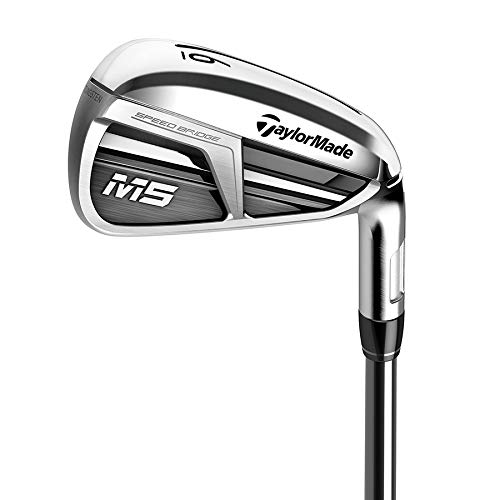 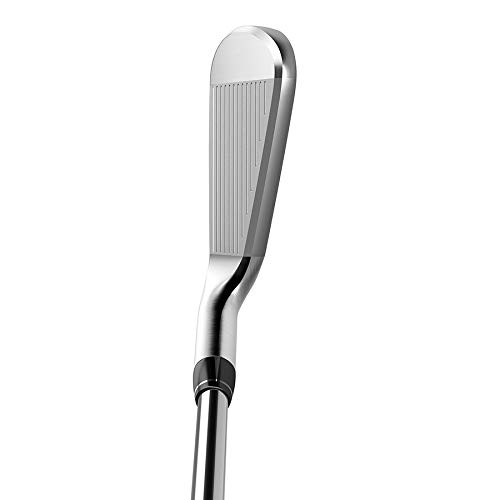 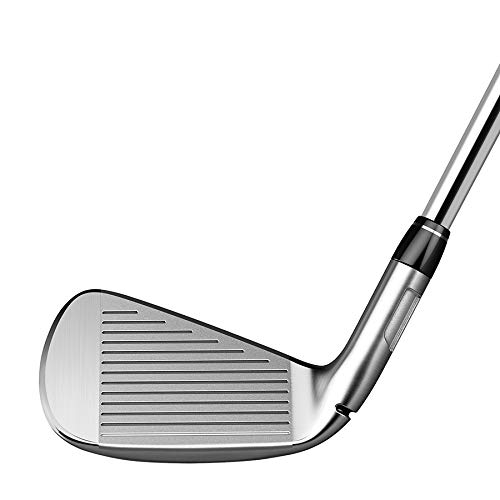 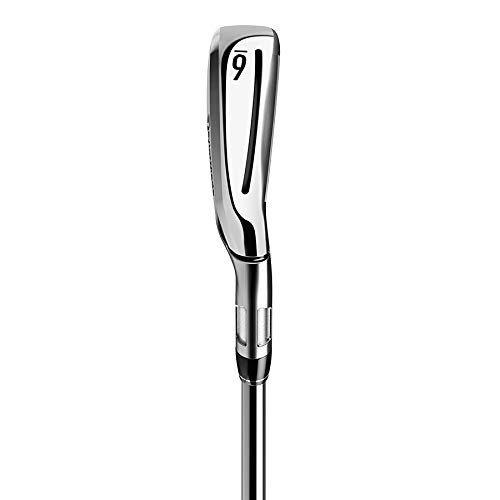 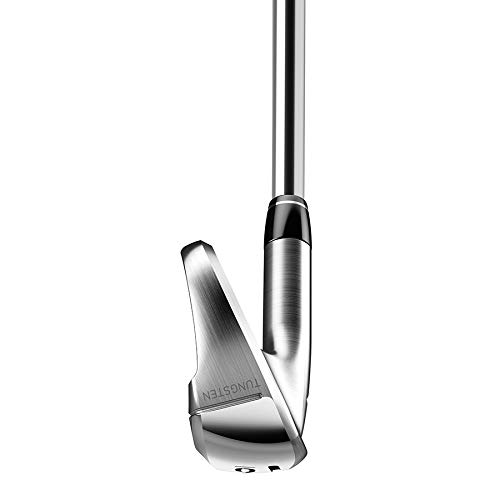 With the TaylorMade M5 Golf Iron Set, there are certain similarities to the M6 Iron Set, but for a slightly more expensive price, it offers some features that differ from the M6. Every player is different, so it really comes down to what works for you.

For example, the M5 Iron set tends to be used by lower handicap players and they are described by some as being the more traditional set. The shaft is 80mm long, and they have tungsten weighting like the P790 set, offering a low center of gravity and high launch.

They also have a 180 degree fluted hosel which, like tungsten weighting, results in a lower center of gravity. The 360 degrees undercut feature is also implemented in this club set, allowing for more face flex.

The M5 set features the previously mentioned speed pocket and speed bridge of the M6, improving the sound and feel of the clubs, whilst directing the impact vibration to the lower area of the clubface.

This is the area of the face at which most players strike the ball. If you are a low to mid handicap player looking for a compact set of irons, this set would be a good fit for you.