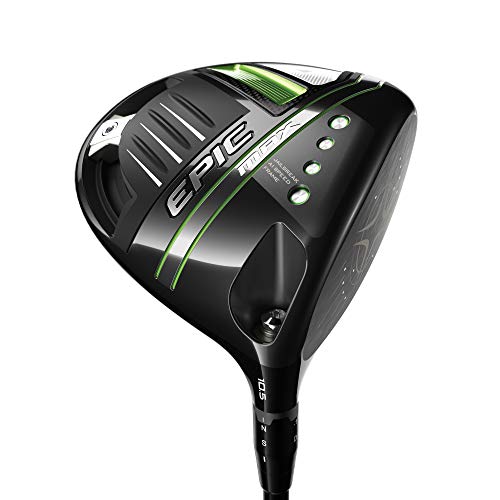 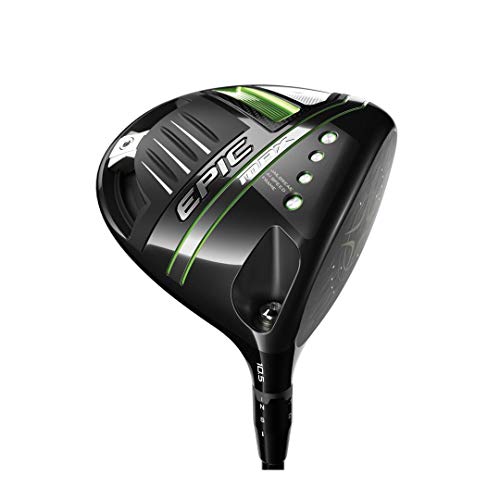 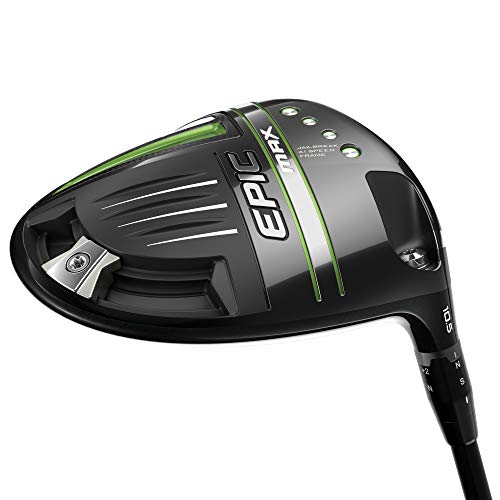 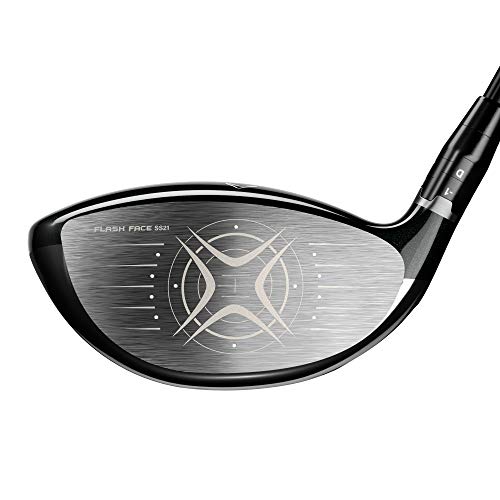 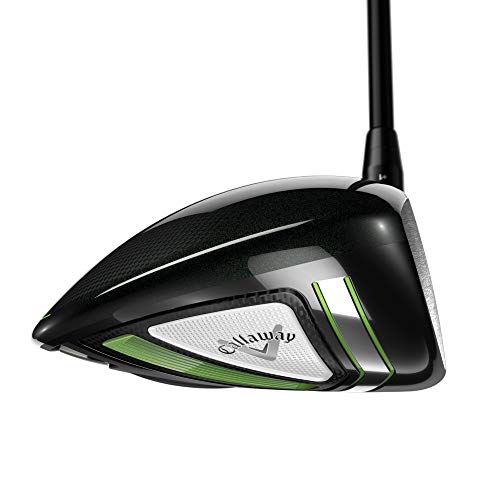 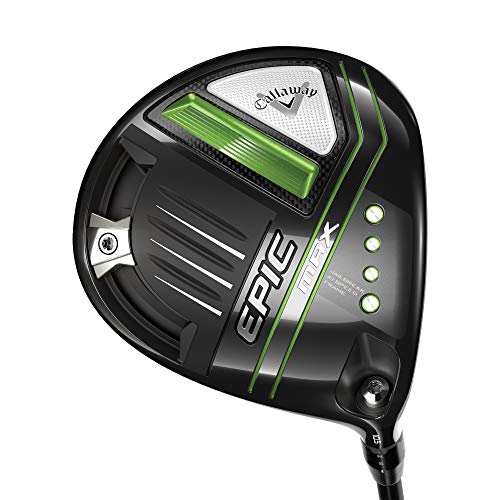 So you’ve probably seen John Rahm, the second-best player in the world, smoke his Callaway driver straight down the middle of near enough every hole and thought: how can a guy who swings it so short get so much distance?

Well, you’ll be pleased to know, if you’re sat there nodding your head, that you’re definitely at the right place. This article will explain all you need to know about the technology in Callaway’s new Epic Max Driver which helps John Rahm hit it so far.

All the Callaway Epic Max Drivers are: 460cc

Callaway Customs are available on all Epic drivers. Callaway customs let customers customize their clubs. Anything from grips, shaft, and head design can be changed and modified to meet the customer’s need. 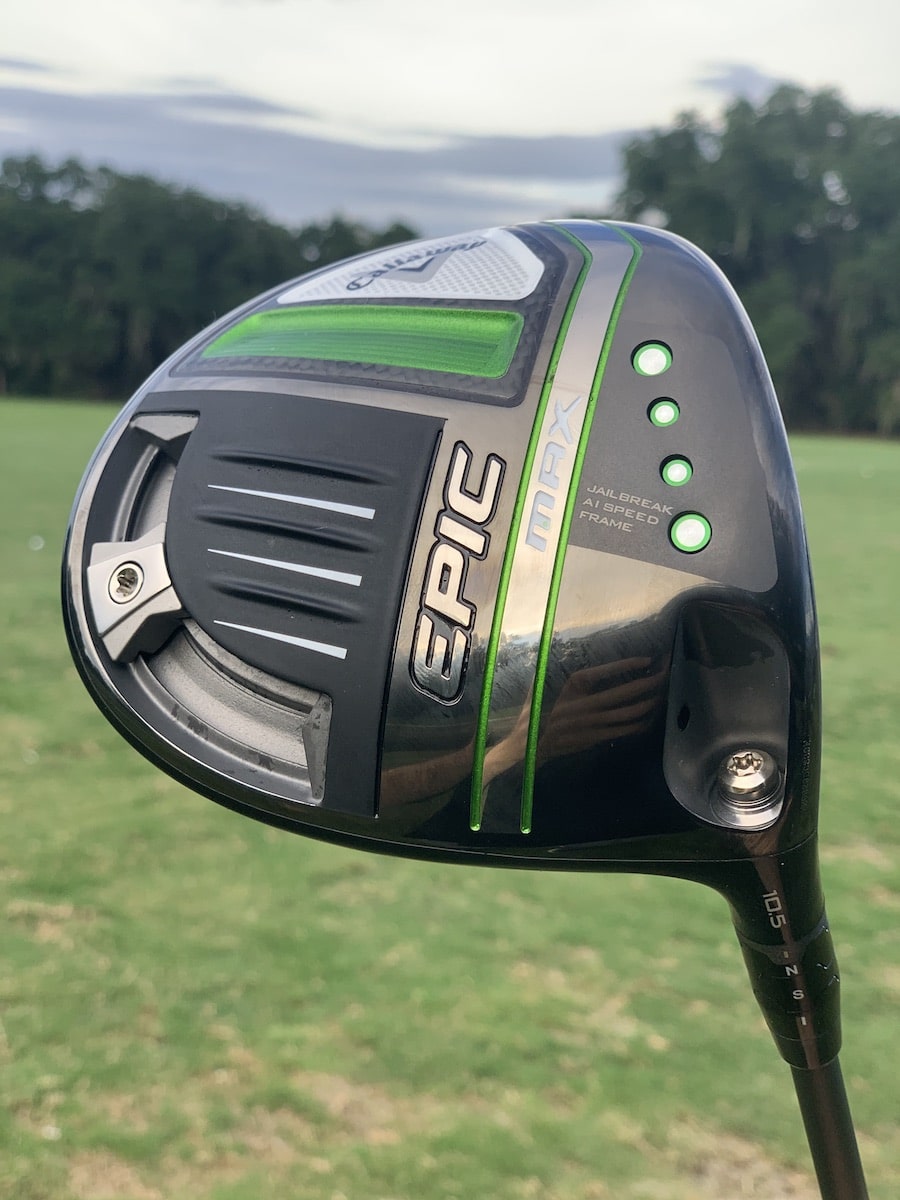 To tee things off, we first need to iron out a common misconception which you’ve probably heard from your golf buddies at some point:

Which, I know sounds too good to be true… but hear me out:

Technology in the sport has come a long way since Jack Nicholas and Arnold Palmer roamed the luscious fairways of Augusta. Despite there being mixed feelings about the distance the ball might travel now, one thing is for sure, we’ve all benefited from the new equipment in one way or another.

Don’t try and tell me you could hit a hickory golf club as far and straight as you can your old Callaway driver.

Every year, club manufacturers like Callaway stretch the legal boundaries when it comes to implementing as much technology as they can into their golf clubs.

Recently you’ve even seen some club manufacturers take their clubs beyond the legal ball speed limits, then dial them back. They are literally putting the club as close to the right side of the legal line than ever before…

Now, how will this fix your bad golf swing?

Jailbreak is designed to not only improve ball speeds and smash factor but it’s also designed to drastically reduce spin on off-centered shots. Which for those non-techy among us, simply means straighter, longer, and more forgiveness on poorly struck golf shots.

Callaway used trifocal intelligence to measure the impact of a golf ball on their drivers. Through extensive research and artificial intelligence testing, they discovered that by placing two titanium rods parallel to the club face, with the aim of connecting the sole of the driver to the crown, resulted in the club face receiving double the kinetic load.

This was thanks to the crown and sole’s solid structure increasing the energy transfer to the face of the club, resulting in faster ball speeds and lower spin.

As mentioned, all Callaway Epic drivers have their Jailbreak a.i speed frame, so regardless of which model you choose, Epic Speed or Max, you can be reassured the tech is in both heads.

The most notable difference between the Speed and the Max is the adjustability of weights in the head of the club. The Epic Max has two adjustable weights at the front and side of the driver’s head, allowing golfers to set the weights at optimum positions across the club.

However, if your swing is more neutral and conventional, the Speed will save you a chunk of change as the weights are pre-set in the correct locations. Therefore, you’d simply be paying to have the ability to move the weights at your desire.

The launch of the ball is also majorly affected by the AoA conditions (Angle of Attack). So if you buy a high launch driver and still struggle to launch the ball high, go and work on increasing your club’s angle of attack.

The Spin rate of the driver is the number of revolutions the ball makes post-impact. Again, these numbers can be majorly influenced by a player’s swing conditions and how you release the club into the ball. However, equipping a Callaway driver with low spin technology can help you bring down your spin and improve your distance.

The spin rate of the ball is also majorly affected by your AoA, so if you still don’t notice dramatic distance increases, be sure to work with a coach on your angle of attack.

The flight bias of a driver is exactly what it says. Is the ball more likely to go one way or the other based on the way the club is set up? For example, to hit a draw (right to left flight) you need to have a club face that is closed to your path and a path that is swinging from the inside.

A Callaway driver (Speed, Epic, Max) can be set closed or open, therefore aiding golfers in having a more closed path and subsequent draw-biased flight.

If you see a club with a draw flight bias in the description, it simply means the face is set closed or open, helping those using it hit either a draw (closed) or a fade (open). 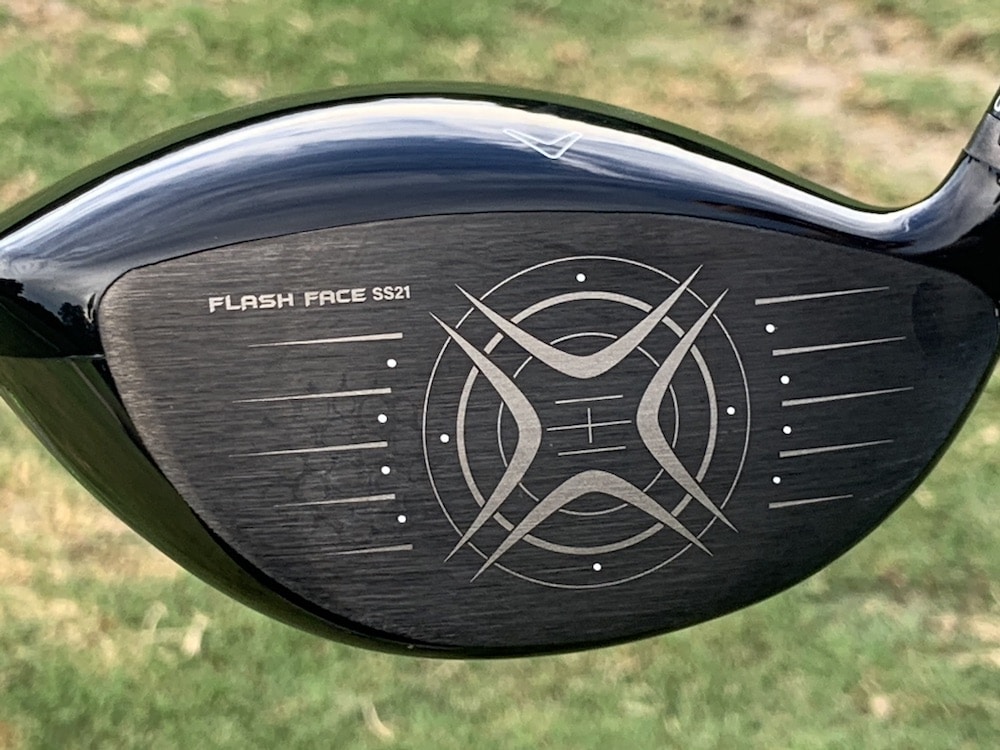 However, thanks to Jailbreak technology and advancements in Artificial intelligence testing, Callaway has managed to become one of the leading manufactures of forgiving drivers.

If you miss the face nowadays, the ball flight will be nowhere near as affected. Do you ever see tour pros hit a shot and be disgusted with the swing yet the camera pans down the fairway and their ball is seen galloping right down the middle? Yeah, that’s thanks to the forgiveness in the face of the driver saving the golfer from embarrassment!

The footprint of the driver is how large the driver’s head looks when you pick it up and look at it from underneath. All Callaway drivers are 460cc however, despite them being the same weight the epic speed has a slightly smaller head as it doesn’t have any of the back adjustable weights.

Golf pride grips are used by more professionals than not and are available on all Callaway clubs as standard.

Is Callaway Coming Out With a New Driver in 2021?

Callaway historically releases a new driver every two years and in the years in-between they release fairway woods or hybrid clubs. In 2020 Callaway released their new Maverick triple diamond driver so their next release is scheduled to be the end of 2021 early 2022.

There aren’t many stand-out differences between the Callaway Epic Max driver and the Epic Max LS when you sit them down behind the ball. However, hidden beneath the head are some major differences so it’s important you understand which club is better suited to your golf swing before your purchase:

Both have adjustable weights at the back however that being said the epic max ls is 4g lighter.

Well, the weight at the back of the club helps golfers get the ball in the air. The lighter the weight, the less the ball wants to climb. This leads nicely on to the next difference:

The Epic max has a slight draw bias whereas the epic max ls is set at neutral.

If you lose your shots out to the right and struggle to turn the ball right to left then the epic max might be better suited for you as the club is set slightly closed helping improve your club’s face to path conditions.

Which is the Best Callaway Driver?

Callaway always strives to improve on their previous driver design. So with that being said, it would make sense to believe that their latest driver would contain better technology and aerodynamic characteristics than the previous models. However, the drivers are all that good nowadays that any of the last four models are still fantastic clubs

What is the Difference Between Callaway Epic and Subzero?

Aside from age, the subzero being the 2017-18 release and the epic being the 2018-19 release, there aren’t many differences at first glance, but each year the forgiveness and technology improves to help golfers squeeze out those extra few yards.

To summarize, the Callaway Epic Max driver is an elite driver and a truly excellent piece of kit.

The driver is used by multiple tour pros across the globe including the world number 2: John Rahm and multiple major winner Phil Michelson.

Aside from them, many tour pros have all reaped the ball speed benefits from using their Callaway Epic Speed drivers.

Whether you’re a high or low handicap, anyone will benefit from adding a Callaway Epic Max driver into their bags. They can expect to see more ball speed, more forgiveness and more distance straight from the get-go.